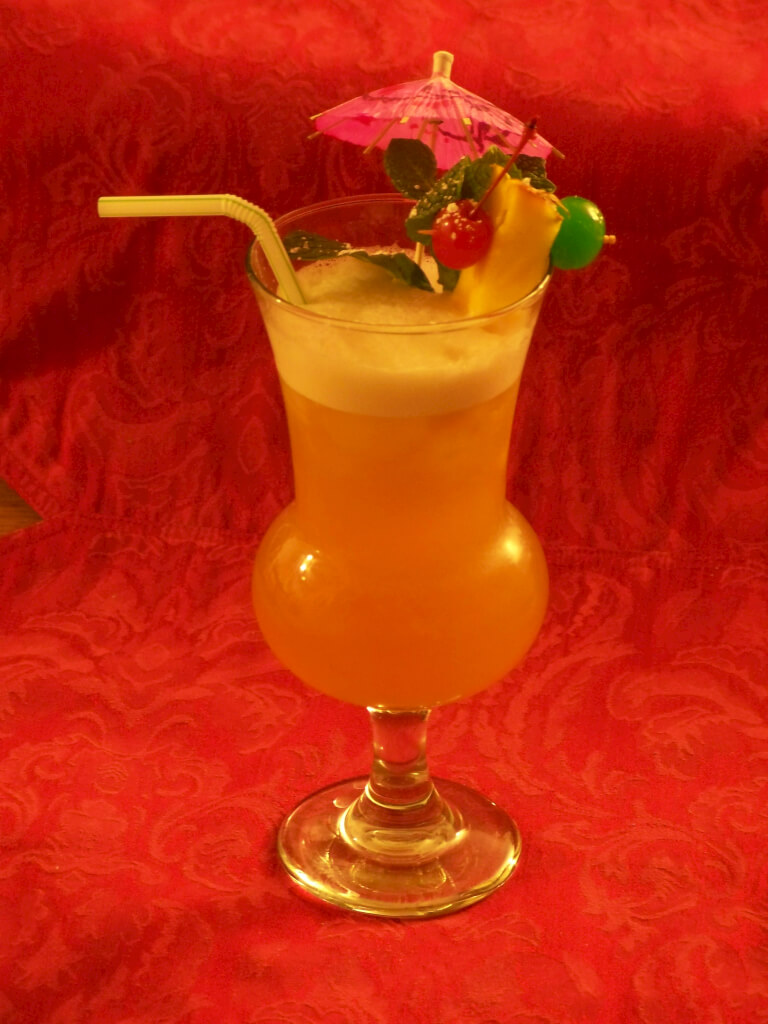 This is one of the most popular cocktails in Tiki culture. However, as is the case with numerous Tiki cocktails, the original recipe is a mystery. It was supposedly invented in the 30s by Donn Beach who was, at the time, owned a bar in Los Angeles. He developed the concoction in order to help a customer who was suffering from a hangover at the time and had to attend a business meeting. The customer returned and said that the drink helped him through the meeting, but he felt like a Zombie. This is how the cocktail got its name.

The Zombie is a very powerful cocktail. Its strong alcoholic content is masked by the taste of the fruit juices. Even though it seems light, the Zombie has quite a powerful kick.

Donn Beach was very careful with his recipes and he kept them locked in great secrecy so numerous variations of the cocktail are in use nowadays. We don’t know much about the original Zombie except the fact that it contained different varieties of rum, lime juice, Pernaud, grenadine, bitters and a secret combination of grapefruit juice and cinnamon developed by Donn himself.

Besides the fact that Beach kept his recipe secret, he was also known modifying it every once in a while. During the Tiki craze other bartenders also brought their own contribution to the Zombie and now the cocktail can be found in countless different forms, depending on the bartender creating it.

How to Prepare a Zombie

You can try this cocktail at home if you are in for something strong or if you are hosting a Halloween party. Its name makes it suitable for such events.

You need the following ingredients:

All you have to do is to put all the ingredients except the rum into a shaker with ice. Shake the ingredients well and then strain the drink into a glass. You can choose any glass that it is large enough, preferably one with a strange and exotic shape to maintain the theme of the recipe.  After straining, add the 151-proof rum on top of the drink. Since this has a very high concentration of alcohol, you can literally set your cocktail on fire at this point.  Garnish the Zombie with a cherry, an orange slice or a pineapple wedge depending on personal preference.

This is only one of the numerous Zombie recipes that exist nowadays. Some other recipes include lime juice or exclude the papaya juice. There are also variations which include a dash of bitters. Play around with the ingredients, and find your own preferred version of the zombie.