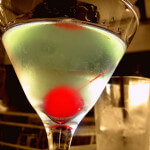 Hello mixologists!!  Today I'm going to be covering one of the most popular twists on the classic Martini recipe - The Dirty Martini.  Before continuing with this article, consider reading my Introduction to the Martini and Classic Martini posts if you haven't already, just so you can get up to speed on the intricacies of Read More » 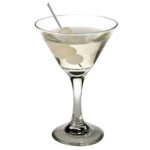 The Gibson Cocktail -2 oz Gin or Vodka -1/2 oz Vermouth -Pickled Pearl Onion(s) As I stated in my previous post on the Martini, garnishes play a pretty big role in the Martini, and will either make or break the drink. A Martini with an onion instead of an olive is different enough Read More » Greetings readers!  Today I'm going to show you how to make a Martini the old fashioned way.  What is in a martini and how do you make a martini you may ask?  Enter and read more about the King of all Cocktails...   The Classic Martini Recipe -2 oz Gin -1 oz Dry Vermouth Read More »

Introduction to the Martini 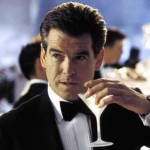 I truly, truly love Martinis. The Martini is the Emperor of all drinks, and the standing symbol of cocktails as a whole. There’s nothing that can compare to a well-crafted Martini, and although it might be difficult to build a taste for such a powerful drink, I encourage you to try one if you have Read More »