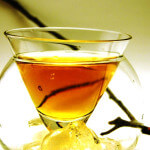 The Stinger is a simple to make cocktail which only combines two ingredients: brandy and crème de menthe. It is a delicious after dinner drink and it goes well with a chocolate dessert. The history of numerous cocktails is surrounded by mystery or controversial, but the history of this one is basically absent. No Read More » 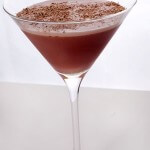 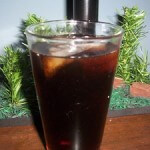 The Piscola is a very simple to make cocktail and it can easily be adjusted to suit individual tastes. Its name is directly derived from its ingredients: pisco (South American brandy) and cola. The origins of pisco are surrounded by mystery. It is very popular in Chile and Peru and both countries claim to have Read More » 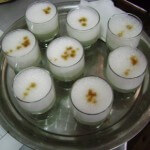 The name of the cocktail refers to the Chilean and Peruvian type of brandy known as pisco and to the fact that the drink contains a mix of sweet and sour aromas from the lime juice and a sweetener. The history of the Pisco Sour is pretty controversial. Just as it is the case with Read More » 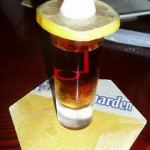 The Nikolaschka is an amazing and surprising drink. It will open up a completely new world for you when it comes to drinking cognac. It is one of the easiest cocktails that you can try at home because you don’t actually have to mix anything. The only fluid ingredient of this cocktail is the cognac. Read More » The Jack Rose was highly popular in the 20s and the 30s. Just like numerous other cocktails from that time, it eventually fallen out of fashion and it is not much known nowadays. In fact, in 2003 the Washington Post encouraged a journalistic experiment in which two writers were supposed to find a Jack Rose Read More »