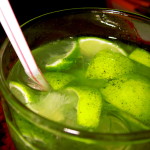 Caipirinha – Brazil’s Finest Cocktail Caipirinha is Brazil’s major cocktail drink, also known as the national cocktail of Brazil. The contents of the drink include sugarcane, lime and hard liquor. It is a much distilled alcoholic beverage that is called the Pinga. Both rum and cachaca are made from sugar-cane derived products. The cachaca is Read More »

Refreshing Mojito Recipe Although there is extensive debate over the origin of the mojito, it is said that Mojito originated from Cuba. In 1586, Francis Drake was sailing his ship towards Havana. During that time there was an epidemic of Scurvy and Dysentery in Havana. But the local South American residents had some remedies to Read More » 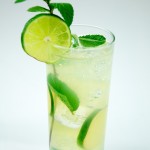 Berry Mojito Recipes The Mojito is one of the famous cocktails in the world. It is said that the name Mojito originated from the word Mojo, a drink, which is made from lime and mainly used for seasoning dishes in Cuba. It is also said that the original Mojito cocktail originated during 19th century by Read More »

Classic Mojito Recipe The Classic Mojito is a famous drink from Havana that has become famous all over the world. The drink is regularly served in bars and restaurants. Like most classic cocktails, its origin is a point of debate, but it first came to fame at La Bodeguita del Medio. It has a very Read More »