The Rusty Nail cocktail is something you should definitely try if you like blended scotch. It is basically a simple combination between scotch and Drambuie. As always, the simplest combinations are also the best ones. There seems to be a perfect balance between the warm and daring aroma of the scotch and the herbal and Read More » 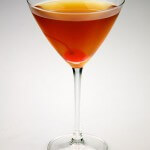 The Rob Roy cocktail is actually a variation of the Manhattan, but it is made with Scotch Whiskey instead. The Manhattan was traditionally made with rye whiskey, but nowadays it is common to use either bourbon or Canadian whiskey. This cocktail was created in 1894 at the Waldorf Astoria in New York. It was especially Read More » 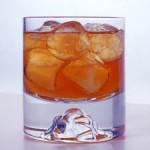 The Godfather cocktail is probably one of the most famous American cocktails. Its name alone can be reason enough for popularity, but the Godfather is also an incredibly charming cocktail. It is very simple and it only contains two ingredients: scotch and amaretto. They blend together in an alluring manner that makes you ask for Read More »