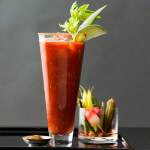 The Bloody Mary The Bloody Mary is arguably the most famous brunch cocktail recipe. While its origins are contested and heatedly debated, the most commonly accepted story holds that it was invented by Fernand “Pete” Petiot at Harry’s New York Bar in Paris sometime during the early 1920’s Few things pack quite as much of a punch Read More » 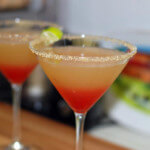 The Whiskey Sour The Whiskey Sour, sometimes called the Boston Sour is one of the most acclaimed sour drinks in the cocktail world.  It may be incredibly tart, butt the sweetness of a high quality whiskey brand and simple syrup offset the sour flavor.  High quality (fresh) lemon juice is mandatory for a good Whiskey Read More » 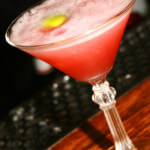 How to Make a Cosmopolitan A cosmopolitan, also known as a "cosmo", is a cocktail made with vodka, cranberry juice, triple sec, orange peels, and lime.  Neither too tart or too sweet when made right, the cosmopolitan is perfect to throw together for one, or even in advance for a crowd. Ingredients   One ounce Read More » 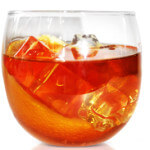 History A “Cocktail” is a word which is defined as s a potent combination of many ingredients such as spirits, bitters, water and sugar. The word cocktail was first coined at some point in the early 19th century in May 6, 1806 in the issue of The Balance and Columbia Repository in Hudson, New York The “Old Fashioned” Read More »

Posted in Uncategorized on December 3, 2013 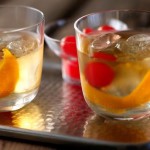